We are victims of our agricultural technology 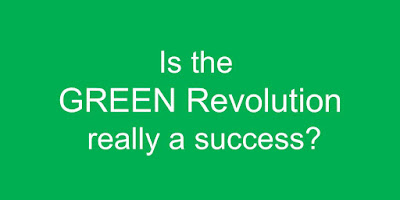 The “Green Revolution” introduced modern methods of irrigation, improved genetically modified varieties of locally grown crops, the use of pesticides, and the application of synthetic fertilizers. In India, for example, rice yields increased from about 2 tons per hectare in the 1960s, to 6 tons per hectare in the 1990s, and the price per ton dropped from over $500 to under $200 a ton. Cereal production (rice, maize, and wheat) more than doubled in developing nations between the years 1961–1985. This pattern of having more to eat has been repeated for all the basic food crops in most of the nations on our planet.

Of course… the predictable has happened. Putting more food on the table has led to having more babies and fewer people dying from starvation. The result: we have more mouths to feed and continued increases in food production are no sure thing.

More food production will not mean less starvation unless…. we find a way to stop the growth of our planet’s population.

Is there an ethical way out?

Email ThisBlogThis!Share to TwitterShare to FacebookShare to Pinterest
Labels: Economics